With the advent of artificial intelligence, the best radiologists will no longer be those with the sharpest eyes. 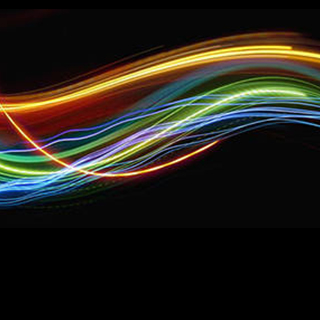 Dr. Abadi enters the dimly lit reading room for the first time since her medical student rotations in radiology. After a grueling intern year in surgery, she appreciates the relative calm of the reading room and looks forward to beginning her radiology residency. As she logs into her workstation for the first time, she turns to an upper-level resident and asks, “So who’s the best radiologist in the department?”

The upper-level resident responds without hesitation, “Dr. Jones. He’s got the best set of eyes of anyone. He sees every finding. I don’t know how he does it. Whether it is a subtle shadow on a chest X-ray or a tiny peritoneal implant, he doesn’t miss anything.” “Then I will make sure I spend some time learning from him,” Abadi says. “I’ve always heard the best radiologists are the ones who can see all of the findings.”

Whether in an academic medical center or community practice, similar conversations can be heard among radiologists trying to determine who is best. This is America, of course, where asking “Who’s #1?” is as ingrained in our culture as cookouts on the Fourth of July. However, with the emerging role of machine-learning algorithms that assist in image interpretation, the traditional paradigm of defining the best radiologist as the one who “sees all the findings and rarely misses things” is shifting.

While still relatively new, machine-learning algorithms have advanced to the point where they can now identify abnormalities on imaging studies. These algorithms will continue to improve and evolve, eventually maturing into artificial intelligence capable of identifying any abnormality on any study on any modality with perfect accuracy in seconds. To think otherwise would be foolish. When this occurs, no radiologist, no matter how advanced his or her visual acumen, will be able to top the machines.

Does this mean radiologists are destined for extinction? Should we hunker down and prepare for the dystopian future portended in such films as “The Terminator”? The answer to both questions is a definitive no. Machines won’t replace radiologists. On the contrary, machines will help radiologists take the next step to move beyond imaging interpretation to become true partners in care, as outlined in Imaging 3.0.

While the timeline for radiology’s singularity is unknown, radiologists must immediately begin defining their value not by how good they are at “seeing findings” but rather by how effective they are at promoting appropriate care, creating actionable reports that are accessible and intelligible to all stakeholders, including patients, and improving the patient experience by empowering and educating patients about the role of imaging in their care.

Future radiologists will be far better than the radiologists of today because of machines, not in spite of them. Menial tasks, such as identifying every pulmonary nodule on a CT scan of the chest, will be performed more accurately and far more quickly by machines than by humans. This will allow radiologists to focus on higher-order tasks, such as identifying a cohesive diagnosis from a litany of imaging findings, past medical history, and physical exam findings.

Current and future machine-learning algorithms will be force multipliers similar to the adoption of PACS. As these new technologies increase our efficiency and effectiveness, we must be cautious not to get caught in the same endless cycle of producing more output to combat per-unit reimbursement cuts (as occurred when PACS was widely adopted in the ‘90s and 2000s).

Instead, we must shift our value proposition to more human-oriented attributes and tasks that machines cannot supplant — empathy, communication, relationship building, and sound judgement — to ensure patients receive the best possible care. If we focus our efforts on fostering our best human qualities, then, in the future, the best radiologists will be defined not by their eyes but by their hearts.

By Arun Krishnaraj, MD, MPH, associate professor and chief of the body imaging division and vice chair of quality and safety at the University of Virginia @AKrishnarajMD