Home / Blog / Rethinking the Benefits of AI for Efficiency and Triage

Rethinking the Benefits of AI for Efficiency and Triage

MailTo
Radiologists will get more work done with artificial intelligence. 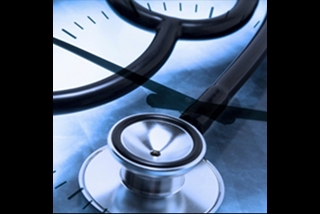 The fundamental question with any new imaging-related technology is whether and how it can add value — to the patient, the health system, or the radiologist. We will explore the latter proposition in this blog post.

When PACS became realistically available in the mid- and late-1990s, radiologists were not at all sure that the systems would add value. In fact, in our department at Massachusetts General Hospital, it is possible that we would never have turned the PACS on, if left to a vote of the faculty.

Back then — it seems like a century ago — people were used to looking at images printed on film, typically 20 images plus or minus per sheet with eight sheets viewable at a time on an alternator. How could anyone look at fewer and ever get through a case? Obviously, that was before we understood the power and speed of “stack mode” viewing. It was also before the explosion of images associated with multi-slice CT and the addition of ever-more pulse sequences in MRI.

It turned out that instead of slowing people down, using a PACS made radiologists much more productive. In the case of our department, areas heavily involved in cross-sectional imaging saw productivity increases of 50 percent and more over time. One of my favorite stories is about the first time our PACS went down, an inevitability for manmade electronic devices. We had only been using the system for a few weeks. Radiologists were given their choice — go back to film or wait a few hours for the system to be rebooted. No one wanted to look at film … ever again.

So how does the experience with PACS link to artificial intelligence applications in imaging? It basically comes down to how radiologists use their time and get work done. Among many other possibilities, I would like to identify three applications where AI methods can have a positive impact in different ways: 1) pre-screening of screening mammograms, 2) assessing bone age, and 3) rapid identification of life-threatening conditions.

In many settings, screening mammograms are batch read. In most cases, no cancer is present. Imagine an AI program optimized to have an extremely high negative predictive value that could segment the work list into a very, very low probability group and a higher probability group. All cases would still need to be interpreted but the higher likelihood cases could be reviewed first, including the AI results, while the radiologist is freshest and allowing the radiologist to spend relatively more time on the higher risk cases. After all, computers do not get tired but people do. Fatigue and errors go hand-in-hand.

Assessing bone age is not a high-volume procedure but a vexing one for its high inter- and intra-observer variability. At least two vendors have developed AI programs to perform this task at a high level of agreement with the consensus of radiologist interpreters. In practice, the AI result can be quickly verified by a radiologist; and beyond that it offers the consistency needed for longitudinal follow-up.

With respect to life-threatening conditions, many radiology departments experience a backlog of cases awaiting interpretation sometime during the work day. Right now, we only have a limited ability to triage cases to identify those most likely to harbor unexpected important findings.

In my own current research in AI, our team has developed a surveillance program to detect pneumothoraces. We have designed the program to have very high sensitivity. The idea is that this program will run immediately and automatically after each chest CT is completed.

Cases that AI identifies as positive will be highlighted in the work list for immediate review. Like many groups these days, we practice in multiple locations and are challenged with the sheer volume of material, so this should help us provide more timely diagnoses. Similar programs are under development at Massachusetts General Hospital and elsewhere for stroke, intracerebral hemorrhage, pulmonary embolism, and free air in the abdomen, among other conditions.

Some commentators have already predicted that AI will be the end of the practice of radiology. They are wrong, just as Thomas Friedman was wrong when he predicted in his book The World Is Flat that all of radiology would be outsourced to other countries. My prediction is that AI methods will be beneficially incorporated into the practice of radiology. These methods will be adjunctive, as described above, and will allow radiologists to be more productive, accurate, consistent, and timely in their work.

By James Thrall, MD, chairman emeritus in the department of radiology at Massachusetts General Hospital and Distinguished Taveras Professor of Radiology at Harvard Medical School