MailTo
With the so-called centaur approach, a hybrid of radiologist plus machine will define the next phase of radiology. 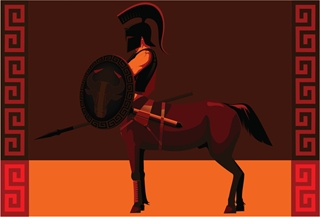 Computers are now very good at extracting meaningful information from pixel data in images. Applications of AI, such as automatic detection and recognition of faces in photos, have already become familiar in consumer products. The use of AI in medicine is taking off, and medical imaging is one of the fastest-growing application areas.

Reports of computer programs interpreting radiographic images with human-level accuracy have gained significant attention in popular media, and AI was the hot topic of RSNA 2017. The preoccupying question now debated by many is: Will AI replace radiologists?

Today’s AI is not one single device or software application. This rapidly developing field builds on advances in computer hardware, layered algorithms that simultaneously optimize feature extraction and decision-making functions, and data —usually lots and lots of data.The typical approach for a given problem is to adjust the (potentially millions of) parameters in a model so that it computes the desired output when presented with a given input. It’s sort of like regression on steroids.

In radiology, inputs are generally a specific type of imaging study, and the outputs might be anything from classification (normal vs. abnormal) to segmentation of anatomy or quantification of a particular pattern.

The current AI hype is based on impressive performance by automatic systems in specific, traditionally difficult tasks — such as identifying separate instances of various objects in collections of thousands of photographs. The excitement continues, in part, because similar approaches can be re-purposed for different tasks. For example, an algorithm originally designed to discriminate bird species in photos could conceivably be re-trained to classify lung nodules on CT images by risk of malignancy, and do a decent job.

Such re-training generally involves specification of an appropriate goal, like prediction of the probability that a given image belongs in one of n categories, and availability of a large number of relevant images whose correct category is known. Training then requires significant computing power and data — an iterative mathematical process fine tunes algorithm parameters to maximize how often the algorithm is correct in classifying training images.

The number of task-specific AI algorithms described in medical imaging literature is increasing exponentially, and companies are working to commercialize various applications. Radiology has always been a technology-driven and ever-changing specialty. While it is not yet clear how these developments will translate into clinical practice, one can imagine next-generation viewing stations that incorporate toolboxes of various AI-powered image analysis methods.

For the foreseeable future, these workstations will not run by themselves, however. Radiologists will soon find themselves orchestrating the use of AI in imaging selecting the right tools, interpreting the outputs from machines, understanding limitations, and integrating this information with clinical context. Above all, radiologists will communicate results to patients and care teams.

This so-called centaur approach, a hybrid of radiologist plus machine, will define the next phase of radiology. In the centaur era, it will be incumbent on radiologists to: